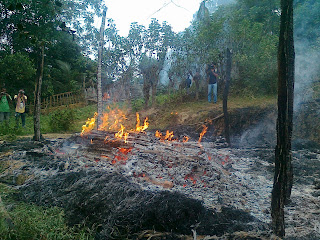 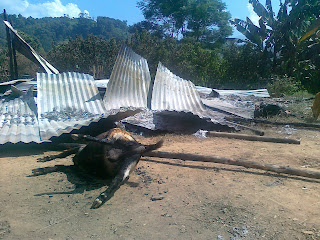 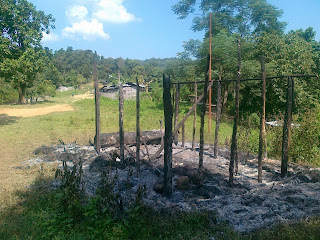 Haflong (Assam): One person was killed and three others, including two women, were injured in fresh violence in Assam's Dima Hasao district when miscreants attacked an ethnic Dimasa village and set ablaze 16 houses, police said on Sunday.

The attackers swooped down on Gaijan village and torched 16 of the 36 houses there last night killing the man.

Police and paramilitary forces have rushed to Gaijan village and security measures were intensified in the district, formerly known as North Cachar Hills district, the police said.

Police arrested two persons yesterday in connection with the Chota Longri violence and a 12-hour district bandh was observed by All Dimasa Students Union, Dimasa Women Society and Dimasa Mothers Association in protest against it and the killing of Dimasa.
By::::::::: Unknown at 8:38:00 PM