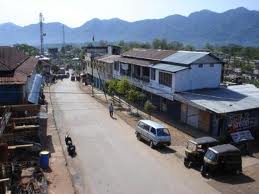 DIMA HASAO::
The Autonomous State Demand Committee, Dimasa Students’ Union, ASDC Mahila sangthan and Dimasa Women Society have called 12 hours Dima Hasao Bandh on July 18th (Monday), 2011 next from 5 AM to 5 PM with the demand of immediate release of Sri Mohet Hojai, Ex- CEM of the Autonomous Council and others from judicial custody, who are still in confinementunder NIA case No. 01/09 and 02/09.
The Services like supply of water, milk, electricity and health services are however exempted from the purview of the Bandh.
Talking to this correspondent,  Rathindra Thaosen, ASDC Dima Hasao Dist. Committee disclosed that they were not at all in favour of bandh culture but they were being compelled to call this bandh because the governments were not paying any heed to their grievances and demands in spite of repeated approaches. It is to be mentioned here that several organizations had earlier submitted memoranda and even staged dharna but the government was yet to feel it necessary to address their demands. They appealed to all the people irrespective of caste, creed, religion and status of Dima Hasao to co-operate with the bandh to make it a grand success.